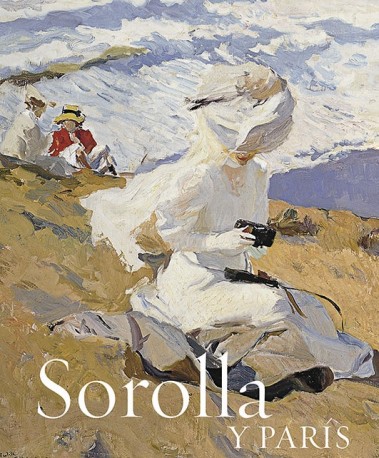 This new study, carefully edited, focuses on the works that Joaquín Sorolla (1863-1923) exhibited in Paris. In 1885, during his first visit to the French capital, the Valencian artist, a twenty-three-year-old, managed to exhibit his work in the Parisian salons, where international artists attended. In 1990 he won the Grand Prix at the Universal Exhibition and in 1906 he exhibited for the first time at the Georges Petit gallery, one of the most important rooms for the dissemination of impressionist painting. That exhibition was an absolute success that helped to cement Sorolla's reputation internationally.

Well known for his colorful compositions, radiant brushstrokes and great plasticity, his sun-bathed landscapes, his beach scenes and his luminous portraits, attracted the attention of contemporary artists such as Claude Monet.

The present book, widely illustrated and with new essays written by experts in the painter's work, reveals new information about Sorolla's activities in Europe and his relationships with other artists. It includes more than a hundred illustrations that reflect his career, from the first works made in Paris, in which the influence of the French impressionists is evident, to the most distinctive images of his mature and famous style.