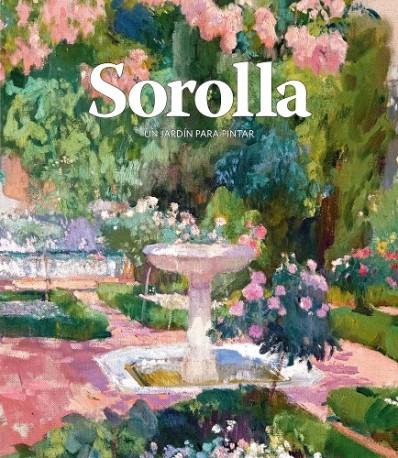 Like other painters of his time, Sorolla was fascinated by the gardens, especially the Andalusian gardens of the Alhambra in Granada and the Alcazar in Seville. His long visits to these historic gardens allowed him to know the characteristic features of Hispano-Muslim gardening; traits that he would later apply in his own garden, built in his house in Madrid around 1911. Equipped with decorative elements brought especially from Andalusia as fountains, tiles, statues and columns, Sorolla's garden is of great importance as it represents the beginning - a small scale - of the neo-Spanish style.

This catalogue includes the exhibition held at CaixaForum Sevilla, from July to October 2017 and, subsequently, at the Bancaja Foundation of Valencia. It deals with the work of Sorolla as "gardener painter", architect of his own garden as a space of enjoyment but, above all, of pictorial creation. The exhibition brings together around 176 works including sketches, drawings, oil paintings, sculpture, tiles and photographs that trace a journey from his early works on the Andalusian gardens to those that portray his own garden.