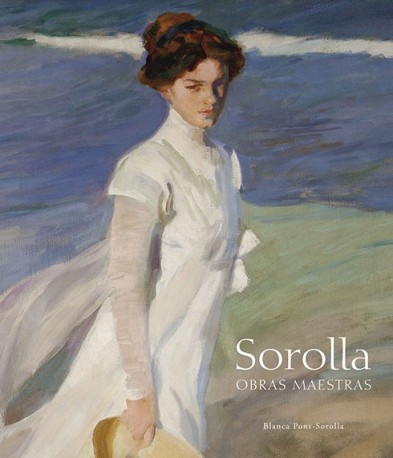 Joaquín Sorolla (1863-1923) is one of the greatest masters of painting and one of the most influential and attractive artists of all time. His work has always enjoyed wide international recognition and a high level of appreciation among the public and among connoisseurs and artists. Public and private collections from all over the world treasure the works of the Valencian creator, who maintains intact his consideration as undisputed master of light and color.

From very early Sorolla managed to project with unusual success on the international scene, not only in Europe, but also in the United States, where his exhibitions of the early twentieth century already gathered a number of visitors as never before seen. That interest has never waned and it remains evident in the always multitudinous exhibitions of his paintings, as well as in the good fortune editorial of the publications dedicated to the study and reproduction of the works of the teacher. This is true even though such publications often lack the optimum levels required for a quality artistic monograph.

With Sorolla. Obras maestrras finally there's a publication of a work of extraordinary quality, for which new high-resolution photographs of the best paintings of the artist -especially those that have been cleaned recently- have been used, whose fidelity has been carefully contrasted with the original piece. Blanca Pons-Sorolla, great-granddaughter of the artist and maximum authority in the study of the work of Sorolla is in charge of certifying that each reproduction is adjusted with the greatest rigor to the painting. Also, this student has made the selection of the body of one hundred works that form the monograph and is the author of the text that presents them.