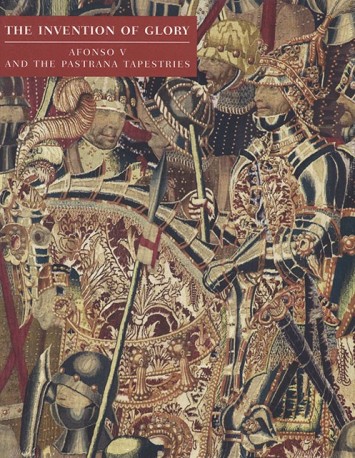 The Invention of Glory. Afonso V and the Pastrana Tapestries

In the last quarter of the 15th century, a series of tapestries was woven, probably in Tournai (Belgium) to commemorate the taking of the squares of North Africa by King Alfonso V of Portugal, which has remained since the seventeenth century in the Collegiate Church of Pastrana. After the important restoration undertaken by the Carlos de Antwerp Foundation, the tapestries have been exhibited in Belgium, Spain and Portugal, and then they have traveled to the National Gallery of Art in Washington and the Meadows Museum in Dallas, which is why has published this catalog in which they are reproduced in large format, through foldouts, and with numerous detailed images. It also includes essays that analyze the Portugal of Alfonso V and the weapons of that time, as well as a report of the process carried out for its restoration.