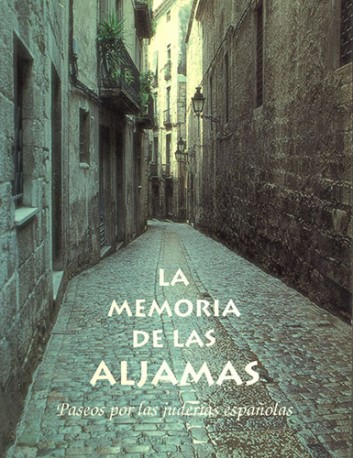 As the title of this book indicates, its authors have conceived it at the same time as a historical study, which recreates the long presence of the Jews in Spain, who already had synagogues during the Roman occupation, and as a guide for travelers, that invites you to visit the Jewish quarters (aljamas in al-Andalus and calls in Catalonia) that maintain to a greater or lesser extent their character in some of the oldest Spanish cities.

Although the expulsion of the Jews and the subsequent persecution of those who remained in our country led to the destruction of a large part of their architectural remains, it is still possible to detect their traces in the urban fabric of certain population centers. Pilar Alonso and Alberto Gil lead us through the intricate streets of the Girona, Palma, Tudela, Cordoba, Ribadavia, Hervás, Seville and Toledo aljamas, letting us guess their ancient cultural and social splendor. We traced with them its urban layout, its doors that closed a city inside the city, its neighbors' corrals, its synagogues, its talmudic schools, its public baths (mikve) and its commentaries or fonsarios, located in the outskirts of these Jewish neighborhoods.