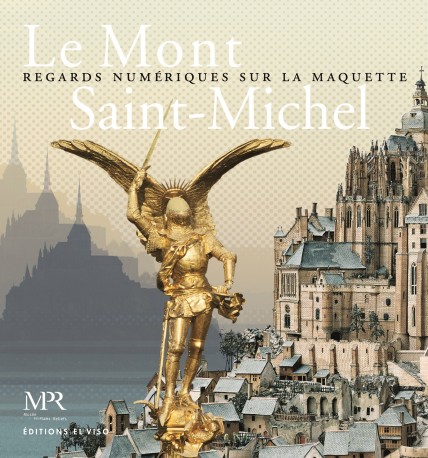 This book is much more than just a guide: it is the perfect combination between art and history and reflects on an innovative exhibition and mediation inspired largely by its conception : confronting reality and “ mixed reality ”. It makes it possible to understand the history of Mont Saint-Michel throughout the centuries, along with its transformations and choices, in a clear, summary fashion. Mont Saint-Michel, which has been built with fervour since the 10th century, is a “frontier” between Normandy and Brittany, between Catholicism and Protestantism, between France and England, between the land and the sky.

The meticulous beauty of the spectacular “model” in relief offered to the Sun King in 1709 and conserved in the Musée des Plans et Reliefs is joined by rare documents, blueprints, photos of the site and digital views which recount and explore its history.