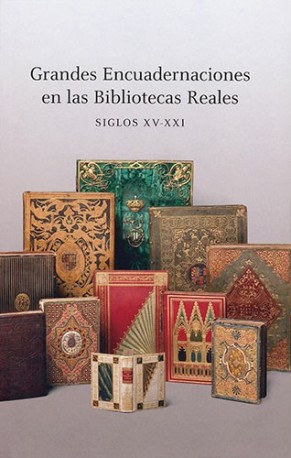 The exhibition on the collection of royal bindings of the National Patrimony, Grandes Encuadernaciones en las Bibliotecas Reales. Siglos XV-XXI, will gather for the first time the extraordinary treasure of bindings that is conserved in the Real Library of Palace and in the libraries of the monasteries of the Escorial, the Strikes, the Discalced ones and the Encarnación, and that forms one of the best sets world of ligatory art. The royal bindings demonstrate the struggle of its architects to achieve an ideal in which technical eminence and artistic splendor meet. Exclusive creations, these works appeal to fruition through touch as well as visual delight. However, its significant cultural significance transposes the scope of luxury. Its meaning lies in the ceremonial function and in the representative function, in seeking the right rank for the institutional work, in covering with excellence and lasting cultural creation or in paying tribute to the monarch in whose hands he will rest. But, in addition, in the courts, in the salons of the nobility, in the erudite cabinets, the binding contributes to provide the aura that identifies the genuine cultural event, the one that will accompany forever the march of History.

The exhibition collects two hundred and fifty selected bindings from the National Heritage funds in what will constitute an exceptional, unrepeatable sample of these works of art. They are pieces created for the use of the own monarch, from the time of Carlos V or Felipe II, and that offer a privileged panorama of the real libraries of the houses of Habsburgo and Borbón. Or, extraordinary complete collections, treasured by conspicuous patrons and that ended up enriching the King's library, thus transferring to the Crown the enormous intellectual prestige that the reunion of such groups had deserved to its owners.

Grandes Encuadernaciones en las Bibliotecas Reales. Siglos XV-XXI, the book that will be published on the occasion of the exhibition, will collect this catalog of works, whose detail can be seen through photographs taken for the occasion. Several international specialists have been invited to participate in the publication. His essays correspond to an ambitious scientific program designed for this monograph by the curator of the exhibition, Maria Luisa López-Vidriero, director of the Royal Library, with the aim that in them theoretical reflection prevails and that the material description is understood as support for a constructive discourse on the meaning and function of royal binding as a paradigm of European cultural history. The occasion to gather in a careful edition this excellent set of bindings with the specialized and complementary analyzes of a prestigious group of experts, will give rise to a fundamental book about the art of bookbinding, its history and its cultural significance.