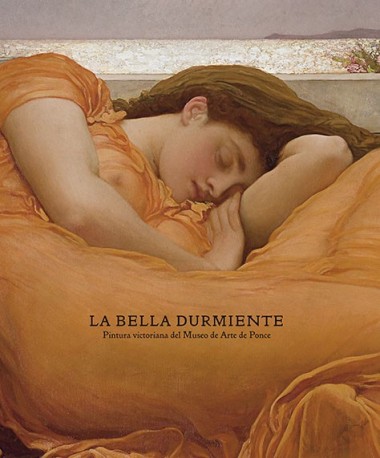 The catalogue of this exhibition includes a new initiative of international collaboration of the Prado Museum, in this case with the Art Museum of Ponce (Puerto Rico). The Puerto Rican museum, founded by Luis A. Ferré (1904-2003) in 1959, treasures an exquisite collection of European paintings. Among the best represented schools in Ponce is the British nineteenth century. And it is a selection of this so-called Victorian painting and in particular of that made by the members of the Pre-Raphaelite Brotherhood, which is exhibited in the Museo del Prado, which allows obtaining a set of artists in the Spanish public collections.

The exhibition, curated by Gabriele Finaldi, Deputy Director of Conservation and Research of the Prado Museum, includes works by John Everett Millais, Dante Gabriel Rossetti, Edward Coley Burne-Jones, highlighting his monumental King Arthur's dream in Avalon, Thomas Seddon and William Holman Hunt. Also in Madrid will be exhibited June Soldier, the masterpiece of Frederic Leighton. Along with the cards of each of the ten paintings and seven drawings of the exhibition, made by Sally-Anne Huxtable and Alison Smith, the catalog has the essays, signed by Richard Aste and Cheryl Hartup on the collection of Ponce, and another by Heather Birchall about the English pre-Raphaelites.