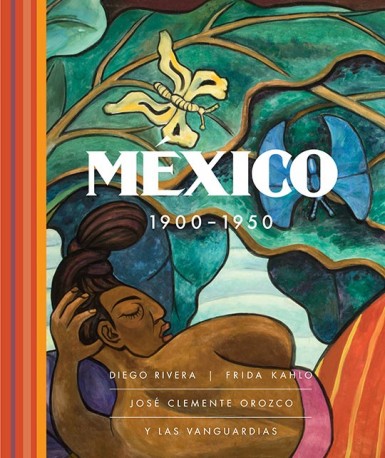 In this catalogue, made on the occasion of the exhibition Mexico 1900 - 1950 held at the Dallas Museum of Art (March to July 2017), readers will enjoy a remarkable meeting of unique works of Mexican art of the first half of the twentieth century; reproductions of recognized authors such as Rivera, Kahlo, Siqueiros and Orozco, and other outstanding creators, although less known outside Mexico, such as Roberto Montenegro, Nahui Olin, Dr. Atl and Rosa Rolanda, to name just a few.

«Mexico 1900-1950: Diego Rivera, Frida Kahlo, José Clemente Orozco and the avant-gardes» takes us into the process of creation carried out by iconic Mexican artists until reaching the styles for which they are now known worldwide.

Through images and essays - written by Mexican, Spanish and French specialists - a critical look is offered to the birth and development of aesthetic movements, their protagonists and the impact they had internationally within the vast artistic landscape of the first half of the century XX.