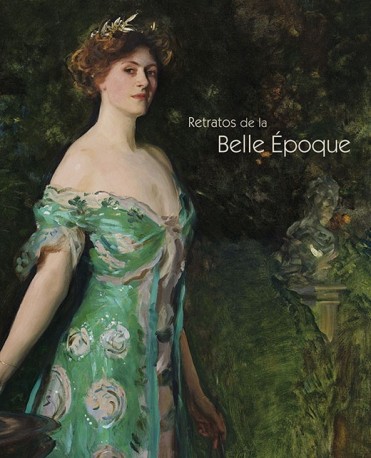 The period between the Franco-Prussian War and the First World War, which covers the last decades of the nineteenth century and the first of the twentieth, is characterized by an intense demographic expansion, sustained economic growth and social upheaval that led to great changes and a generalized development of science, technology and thought, all of which led to that period being known as "the Belle Époque".

The European cultural production was intense and supposed radical transformations in the art world that, in the pictorial field, went from impressionism to the first avant-gardes. The portrait, with a notable commercial demand, was one of the most representative genres of the time, as a perfect representation of the individual personality of modern man within the social order.

The exhibition "Portraits of the Belle Époque" proposes a journey through the golden age of the European portrait, and allows explaining the changes that occur both in the stylistic conventions and in the relations between the artist and his audience. The exhibition begins with the self-portraits of the most representative artists of the moment, and shows us the splendor of European life through the portrait of society, the images of men and women in which the aspects of their character are captured, the family portraits and group, and outdoor scenes, to get to the work of Henri de Toulouse-Lautrec, who focused his interest in capturing the gestures and expressions of the characters. The exhibition ends with the works carried out in the years prior to the war, in which disenchantment and anguish are evident and in which the subjective freedom of the artist prevails.

On the occasion of the exhibition, the Consortium of Museums of the Valencian Community, the "la Caixa" Foundation and Ediciones El Viso have prepared the publication of this catalog, illustrated in full color, with essays by Valeriano Bozal, Danièle Devynck, Barbara Guidi, Boye Llorens, Tomàs Llorens and Pilar Pedraza, and catalogs of each of the works. It is also complemented by the biographies of all the artists represented in the exhibition, including Hermen Anglada-Camarasa, Giovanni Boldini, Pierre Bonnard, Ramón Casas, Ernst L. Kirchner, Gustav Klimt, Oskar Kokoschka, Edvard Munch, Santiago Rusiñol, John Singer Sargent, Egon Schiele, Valentin A. Serov, Joaquín Sorolla, Henri de Toulouse-Lautrec and Édouard Vuillard.