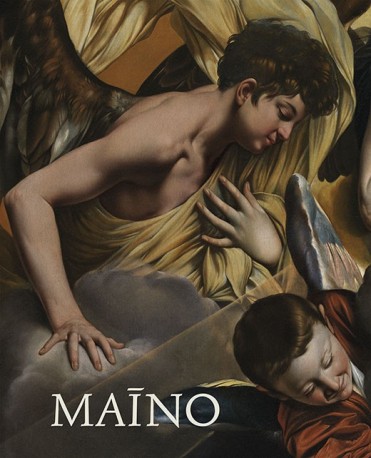 To make known to the general public the hitherto blurred, and even enigmatic, figure of the Dominican painter and friar Juan Bautista Maíno (Pastrana, 1581-Madrid, 1649) is the objective of the exhibition devoted by the Museo del Prado (20th October 2009 to January 17, 2010), curated by Leticia Ruiz Gómez, Head of the Department of Spanish Painting (until 1700) of the Madrid Museum. The important artistic personality of the painter, undoubtedly one of the main introducers in Spain of the first Italian Baroque, is evidenced in the enormous quality of his works, highlighting the set of canvases for the altarpiece of San Pedro Mártir de Toledo and the extraordinary, for many and varied reasons, picture of the recovery of Bahia, originally intended for the Hall of Kingdoms of the Buen Retiro Palace.

The catalogue that accompanies the sample goes beyond reflecting the content of the exhibition and, approaching the idea of ​​a complete catalog, aims to collect all the known work that emerged from the Maíno brushes. Therefore, it includes works that, like the mural paintings of San Pedro Mártir de Toledo or certain works with unknown whereabouts, obviously can not be included in the exhibition.

In addition to each of the catalog sheets, prepared by the curator and by Margarita Cuyàs, María Cruz de Carlos, Javier Docampo, Fernando Marías, José Milicua and Alfonso Rodríguez G. de Ceballos, the book has four essays that introduce us to the figure of the Dominican painter. Two of them by Leticia Ruiz and focused on the personality of the painter, both artistic and biographical. The Italian stay, specifically in Rome, is studied by Gabriele Finaldi, Deputy Director of Conservation and Research of the Prado Museum. The last essay is dedicated to the life and production of Maíno after his return to Spain, by María Cruz de Carlos and Fernando Marías, professors of the History and Art Theory Department of the Autonomous University of Madrid.

The exhibition also has a series of works by painters linked, in one way or another, with the work of Maíno. Among others, Caravaggio, El Greco, Annibale Carracci, Guido Reni, Diego Velázquez and Orazio Gentileschi stand out. These pieces are also included in the catalog, as well as a wide sample of comparative images that serve to delve into the knowledge and the keys of the Dominican painting.

The catalogue closes an extensive Documentary Appendix, in which all the documentation related to Juan Bautista Maíno is collected, some unpublished until now, and which completes in an exemplary way this ambitious project of the Prado Museum, which, undoubtedly, has become an essential reference on the painter.