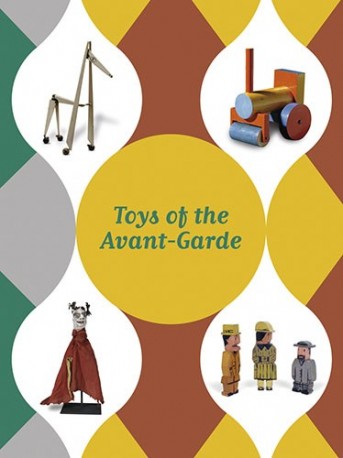 The book The toys of the Avant-garde deals with the close relationship that the artistic avant-gardes of the first half of the twentieth century established with childhood. The monograph explores the variations of this productive relationship through more than three hundred illustrations and seven essays by the historian Medea Hoch, from Zurich, the curator of the Museum of Decorative Arts in Prague Iva Knobloch, the Italian historian Luigi Cavadini, the British Christopher Turner , the Spaniards Carlos Pérez and Juan Bordes and the North American gallerist Cecilia de Torres.

From the beginning of the avant-garde, the expressive potential of the child is configured as a reference for a new creativity, which facilitates an approach to childhood from the world of art. It also contributes to the sincere commitment of the artists to intervene positively in the construction of a new educational model, as well as the creation that takes place in the family and even the creation of toys can give rise to certain commercial expectations. Hence an intense relationship between the most advanced creators of the 20th century and childhood. Thus, the book studies the special attention that the toy received in the central European avant-garde of the 20th century, notably in the Bauhaus, and also among the Italian Futurists. In addition, it deals with reflecting the great educational effort made around the children's book by the Soviet creators and other places in Europe; the design of specific furniture for schools and kindergartens in Europe or North America; and, finally, the special relationship that fundamental avant-garde artists, such as Picasso, Calder or Miró, cultivated with the child's world.