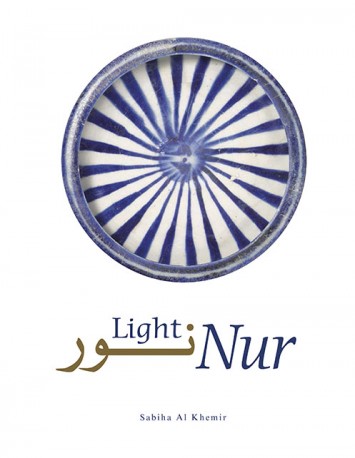 Taking its name from the Arabic light word, both in the physical and the metaphysical sense, Nūr presents two main sections. One is dedicated to art, and includes illuminated manuscripts with gold and colored pigments, luster ceramics, metal works inlaid with silver and gold, as well as pieces made of precious and semiprecious stones. The other one is centered in the scientific field and in her they emphasize equatorial solar watches, astrolabes and anatomical instruments, illustrative of the influence of the Islamic world in the scientific thought.

At the same time, Nūr highlights the way in which Spain has historically served as a cultural bridge between the Islamic world and Europe, and its position as a gateway for Islamic discoveries in fields such as medicine, geometry and astronomy. In addition, the book explores the idea of ​​light as a shared and unifying metaphor in Muslim, Christian and Jewish cultures.