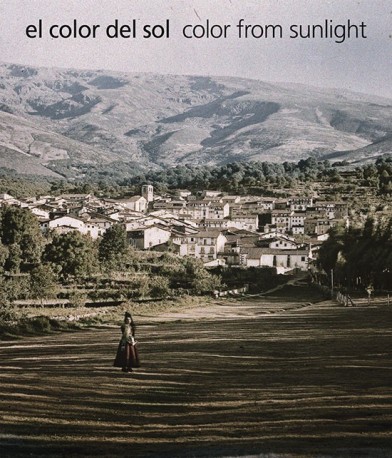 Few know that the first color photograph available to everyone has its origin in a simple potato, whose marketing dates no less than 1907 and the invention, baptized as autochrome plate, is due to the ingenuity of the Lumière brothers , famous creators of the cinematograph.

Two years after its first centenary, one of the pioneer books in our country on the subject is published. Centered in Spain, it contains a large number of autochrome plates made by professional photographers and Spanish amateurs, as well as a selection of those made by foreign photographers who came to the peninsula sent by institutions such as The Hispanic Society of New York, the National Geographic or the Albert Kahn Foundation. The images accompany three essays that introduce the reader to the history of the autochrome plate, its technical secrets, and other specific aspects, such as the autochrome plates of the Hispanic Society or the practice of color photography in Spain.

The quality of the images, the amazing richness of its color, the magic that distill from the pointillist air that gives them the grain of potato, as well as the surprise of seeing in colors scenes and landscapes from another time that we believed forever condemned to white and black, they contribute to rediscover a procedure that, inexplicably, has remained distant, if not hidden, in the eyes of historians of photography for perhaps too long.