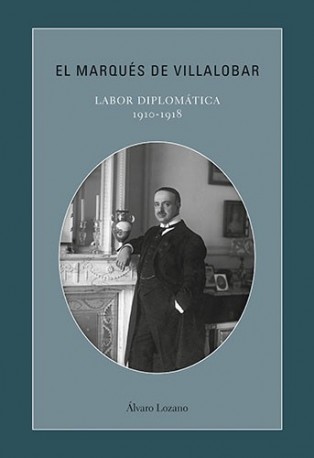 The Marquis of Villalobar (1866-1926) was one of the most extraordinary diplomatic figures of the Alfonsin period. His friendship and ties with the Spanish crown made him a defender of it from their official positions, and embodied as anyone else the foreign policy wishes of King Alfonso XIII.

In London, Villalobar took charge of all the issues related to the marriage of Alfonso XIII, while in the Portugal of the revolution of 1910 and the first republican stage he defended the monarchical principles at all costs - becoming the most active agent of the monarchical counterrevolution - for fear of the possible "contagion" effect that the Portuguese situation could have on the neighboring country taking advantage of Portuguese and international circumstances, favorable, according to him, to their peninsular projects.

In Belgium, during the Great War, Villalobar makes his own, like few diplomats of the moment, the humanitarian and mediation ideas of King Alfonso XIII, becoming one of the best representatives of his politics abroad. From the very beginning of the war he became the "Protective Minister of the Belgians", saving many people from being shot and devoting himself body and soul to soften the effects of the harsh German occupation. Their work, for example, was essential to prevent hunger from wreaking havoc among the Belgian population.

The great merit of Villalobar was to undertake an intense diplomatic work despite suffering a serious physical disability and, with a strong will, to represent Spain as an ambassador. That superhuman capacity for personal improvement, together with her strong monarchical and humanitarian feelings, were the guidelines of her passionate life.

This exhaustive and entertaining study of the diplomat and historian Álvaro Lozano is based on the hitherto unpublished family archive, and in different archives of Portugal, Belgium, the United States and Spain. In short, we are facing a fundamental work, which represents a very significant advance in the knowledge of the diplomacy of the Alfonsino period.