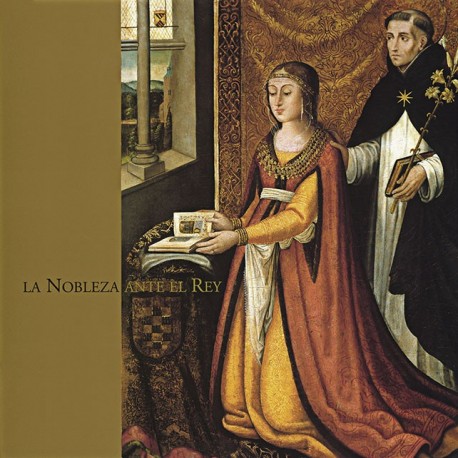 Joaquín Yarza Luaces, professor of Art History at the Autonomous University of Barcelona, ​​presents in this book the first synthesis of the role of the nobility of the Crown of Castile in the evolution of art during the fifteenth century.

The chosen period is complex in many aspects and also in the artistic one: two models, apparently opposed, the Nordic and the Italian, struggled with force to conform the art in all its manifestations. For a long time Spanish historiography has misunderstood the first one and has tried to find traces of the early presence of the second -valued as very superior- in the works sponsored by the great Castilian lineages.

Professor Yarza analyzes in his work the leading lineages, their formation, their social and cultural values, their choice for certain artistic forms, wherever they came from, and to the extent that they could serve their ends. For this he has analyzed the works that have come down to us, but he has also traced the losses in documents of all kinds, because that way he could study a group that over time and the massive destructions has been distorting.

The editorial effort, from the point of view of production, has focused on photographing, wherever they were, the different manifestations of that patronage - chapels, churches, altarpieces, tombs, goldsmiths or textiles - and making available to the author, for its explanation, and for the reader, for its understanding, carefully taken in large format and careful photomechanics of most of the works preserved. In addition it was tried that the design served to follow the thread of the fundamental idea of ​​the book with ease and enjoyment.