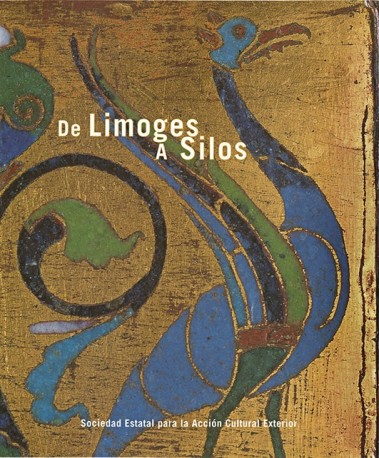 In November 2001, the itinerary (later going to Brussels and Santo Domingo de Silos) of the first exhibition resulting from the activities of the Sociedad Estatal para la Acción Cultural Exterior was opened at the National Library of Madrid. Under the scientific direction of Joaquín Yarza Luaces, he tried to show the most sumptuary and cosmopolitan facet of the High Middle Ages through the works of goldsmithing and metalworking produced, according to the technique of "champlevé" or of enameled walls, in Limoges first and, in the wake of these famous French workshops, in the monastery of Santo Domingo de Silos, one of the centers of intellectual, artistic and spiritual life most fertile of the time.

The exhibition brought together almost a hundred important pieces of Limousin made for the peninsular kingdoms, which were acquired or donated here, or that arrived by other roads and are conserved or preserved (pieces of some foreign museums came to the exhibition) in churches and monasteries . Chests, reliquaries, binding covers, altar fronts, crosses, chalices and a multitude of sacred objects are studied in detail in the catalog sheets, preceded by articles by the curator, Barbara D. Boemh, Elisabeth Taburet-Delahaye, Francesca Español, Josefa Gallego, Maria Luisa Martín Ansón, Elisabeth Valdez del Alamo and Daniel Rico Camps.