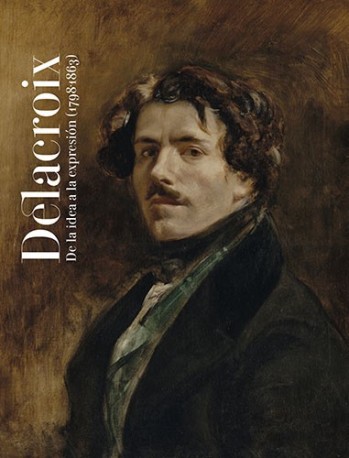 Since 1988, an important group of works by Eugène Delacroix had not been reunited in Spain. Meanwhile, new approaches to his painted work and his numerous writings have revealed an increasingly passionate artistic personality: that of a creator of great intellectual keenness and insight, who was fully involved in the development of a new cultural canon and artistic, of which it was erected as a precursor; that of an artist with an extraordinary sense of opportunity and broad commercial vision, who elevated his art to the category of paradigm of a new era.

The essays contained in this book offer an updated review of the studies around the great artist. His facet of passionate writer and reader is analyzed by Michéle Hannoosh, of the University of Michigan, author of a recent and careful edition of the extensive diaries of the painter. The elective affinities of Delacroix, which the artist embraces as if they were proclamations of a new era, take place in each of his artistic acts. Nina Athanassaglou-Kallmyer, from the University of Delaware, analyzes them in relation to music, a field of great importance for an artist who, at the beginning of his career, hesitated between being a painter or musician.

In addition to a complete monograph, Delacroix, from the idea to the expression is the catalog of a large exhibition of the "la Caixa" Foundation. Among the pieces that make up the exhibition, some of which are the main works of European art, and which are included in this publication, are examples of the diversity of Delacroix's artistic work: painting, drawing, mural decorations, engraving. The novelty of Delacroix's plastic approach to intaglio engraving and lithography is revealed in the essay by Professor Thierry Laugée of the Sorbonne. For his part, Vincent Pomarède, of the Musée du Louvre, studies the presence of landscape in the work of the master, a genre that until now had received less attention by specialists in the painter.

In 1832 Delacroix traveled to North Africa, an experience that deeply marked his work, as is well known. This trip forms one of the central chapters of the book. His stay in Spain on that occasion, as well as the influence on Delacroix of the Spanish school of painting, which so much presence was going to have in the later art of France, are addressed by Dr. Manuela Mena, of the Museo del Prado. This and the other essays accompany the extensive main text of the curator of the exhibition, Sebastien Allard, of the Musée du Louvre, who proposes a general approach to the work of Delacroix, from new perspectives, in what constitutes a complete, synthetic and ambitious work , which from now on will be an obligatory reference for successive studies on the French artist.

The work, in short, is completed with other specific texts, by various specialists, who analyze in different chapters the vital stages in the artistic career of Delacroix and the themes that presided over his work: his years of youth, maturity, portrait, animal painting, compositions of literary inspiration, the nude, his dedication to drawing, etc. as well as a comparative biography and an updated bibliographical selection.