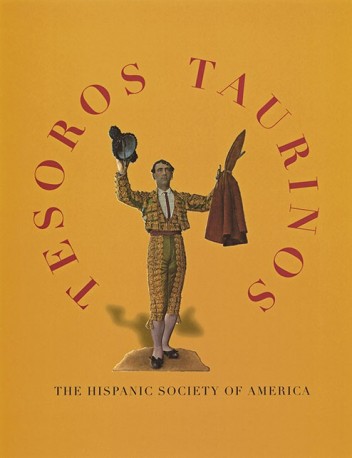 Luis Carmena Millán (1845-1904) was one of the most notable writers and bibliophiles of bullfighting themes of the 19th century. He gathered the most important bullfighting library of his time, with more than eighteen hundred copies that included books, magazines, posters, brochures, stamps and ephemera. The group was sold in 1903 to Archer Milton Huntington, founder of the Hispanic Society of America, of New York, who kept it among his personal collection until his death in 1955, date in which this fund became part of those of the institution that he founded.

In 1961, the Carmena Millán collection was presented to the public in an exhibition in the Hispanic Society, although the catalog of the works that integrated it was never published. Now, fifty years after the entry of this collection into the collections of the Hispanic, this catalog is finally published in a very careful edition that collects two hundred treasures of the collection among books, magazines, photographs, prints, drawings, paintings and various objects more, such as fans, stickers, handkerchiefs, almanacs or sheet music; a selection that has been enriched by the presence of some important works on bullfighting themes coming directly from the previous funds of the Hispanic Society. The edition of the work and the cataloging of the prints has been in charge of Mencía Figueroa, member of the Hispanic Society. Ignacio Álvarez Vara, Barquerito, illustrious bullfighting chronicler, has written the accompanying text and presents the collection, which offers a succinct and masterful history of bullfighting.