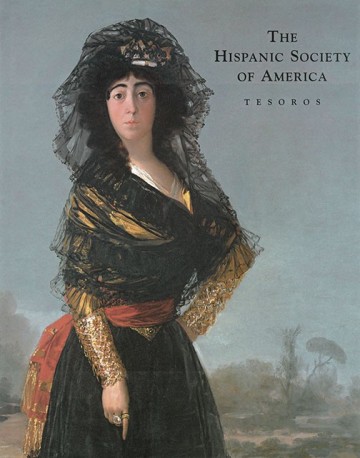 The Hispanic Society of America. Tesoros

Archer M. Huntington (1870-1955), son of one of the most wealthy men in America, decided in 1904 that his passion for Spain was to be translated into the creation of a museum and a library that would make his compatriots available to his countrymen. knowledge of Hispanic art and culture. Over fifty years he put his almost inexhaustible resources to work for this purpose and he was filling it with his collections of painting, sculpture, photography, objects of all so-called decorative arts, as well as with a huge collection of manuscripts and books unique in the world.

Despite having magnificent and substantial funds (more than 500,000 pieces) kept in a headquarters in the heart of New York, the collections of the Hispanic Society of America are, except for a minority, still relatively unknown. Therefore, the American institution, with the collaboration of the company Chrysler Jeep Iberia, decided to publish a book where almost two hundred pieces were collected from the most prominent and varied of their funds and put them within the reach of readers on either side of the Atlantic in a bilingual book, with very careful photographs (some of them made and published now for the first time) and entertaining texts, not very extensive, but very careful from the academic point of view.

The design, the careful photomechanics, corrected directly in front of each object, and a careful impression have been placed at the service of the richest collection in Hispanic art outside of Spain.