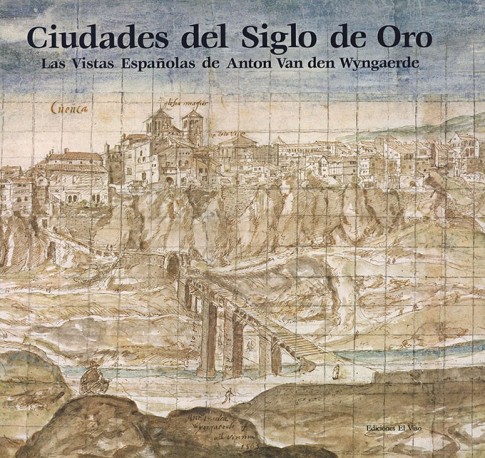 Between 1562 and 1570 the Flemish artist and painter Anton van den Wyngaerde made, on behalf of Felipe II, several trips through Spain to raise topographical views of its main cities and towns. His goal was to leave a constant record of everything he saw and, thanks to his skills as a "topographer" and artist, he did it by leaving behind graphic testimonies of exceptional importance. In addition, its attention to detail gives us a visual reconstruction of numerous unique monuments that have now disappeared or are substantially altered.

These drawings that, with time, were dispersed by different European museums and were forgotten, are reproduced for the first time complete in this volume accompanied by essays by the most prestigious historians of our Golden Age who analyze them from different points of view: Jonathan Brown and Richard Kagan study them within the framework of the actions of Felipe II as a patron interested in the arts and geography; Haverkamp-Begemann provides information about the artist and his technique; Kagan writes about the Spanish cities of that time; and Fernando Marías makes an introduction to the Spanish urbanism of the sixteenth century.

In addition, each view is accompanied by a detailed commentary that helps to understand the uniqueness of each of them. The edition, aware of the documentary value of these drawings, presents them reproduced in large format, through drop-outs of up to five bodies, so that the reader can afford the meticulous observation that the artist himself wanted to offer the king.