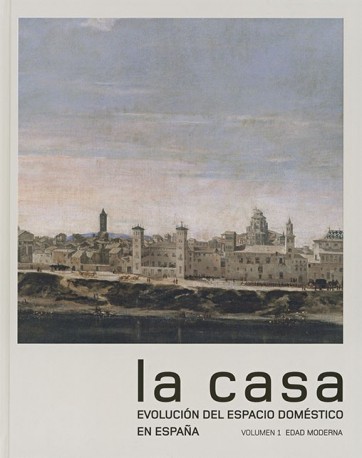 On many occasions, we have reflected on the shape of the house, analyzing its evolution throughout history, and other times models have been formulated that wanted to be perfect from the point of view of the typology. In Spain, the term "house" goes beyond the spatial and architectural circumscription, since it alludes both to the building and to the domestic space it houses and in which it dwells, including a private emotional and psychological framework. It is equivalent to what in the Anglo-Saxon area is called "home" and in Spanish is designated as home, both words with connotations allusive to comfort, harmony and the pleasant development of existence. Regardless of whether the house is large or small, single-family or neighborhood, in all this degree of fullness can be achieved thanks to common denominators that allow studying their evolution together and in relation to the ways of living. These modes, on the other hand, have been transformed at the rate at which society evolved and the technological advances applied to the improvement and ease of domestic life and its space allowed.

The houses analyzed in this book are exclusively Spanish, urban and, in general, anonymous, medium-sized houses where the existence of ordinary individuals and families passed. Many things are already known about palaces and unique residences, although it is unknown how everyday life developed in most of these buildings, that they have been more interested in its monumental condition and its artistic objects than in the qualities and habitability of its space. domestic.

In the city, houses acquire their greatest development and protagonism, grouped and converted almost into a laboratory where the most modern principles are applied to achieve comfort and practice the sociability of being urban, as well as to experience the most current inventions of the city. domestic technology, applied to improve the conditions of habitability of the house through the gradual incorporation of facilities for the conduction and drainage of clean and dirty water, the evacuation of fumes, the transformation and conservation of food, the control of temperature, lighting artificial, natural ventilation ... everything that contributes to enhance comfort and facilitate the life of the individual, also improving your body health and your mood. To the rhythm of these novelties, the house also undergoes the changes dictated by the fashions, the ideology and the culture, reflecting in its distribution, furniture and adornment not only the acquisitive capacity of the owner and its social status but also the changing criteria of each era in terms of intimacy, family and social relations, morality, integration of women and others that emerge during the study of the ways of living and the consequent evolution of the domestic space. The image of the urban house has reached the present through various documents: architecture treaties, technical construction books, memorials, society chronicles, literary stories, inventories of goods, real estate appraisals, building permits, municipal ordinances, books of hygiene and medicine, cookbooks ... The sum of these fragmentary accounts allows to recompose the image of the urban house in Spain and its progress from the sixteenth century until today, with the help of a varied iconography in which drawings are intermingled technical or projects (floors, elevations and sections), city views, graphic illustrations, advertisements or advertising claims, portraits, paintings, etc.

From the previous general considerations and with the materials gathered during three years by a team of documentalists, the writing of this book has been carried out. The human being and his reflection in the ways of inhabiting the house, and the house itself in its evolution, perfected through successive conquests aimed at procuring the functionality, comfort and beauty or harmony essential for the development of human life, are addressed for the first time in an extensive, complete and well-documented study. The book The house. Evolution of the domestic space in Spain is called to become a fundamental reference for further lines of research and reflection on the house, architecture, city, inhabited space and social use, both in Spain and in other European countries, whose bibliography has been revealed, as it was until now the Spanish, lacking references to address this analysis.

The study begins by showing the darkened evolution of the house in Spain during the Modern Age (XVI to XVIII centuries), with two chapters by Beatriz Blasco (Complutense University of Madrid) and Alicia Cámara (National University of Distance Education) on domestic spaces destined to satisfy the biological and social needs of the individual and his family group. The first volume closes with a chapter by the historians Teresa Prieto and Paulino Martín on the image of the house and the ways of inhabiting it reflected in Spanish literature since the sixteenth century. The second volume, dedicated to the evolution and progress of the contemporary house, begins with a chapter by Carmen Giménez (Universidad Complutense de Madrid) on the evolution of the house during the 19th century, between traditional ways of living and an incipient renewal dictated for the incorporation of new facilities and domestic infrastructures. Sofía Diéguez (Universidad Complutense de Madrid) addresses the study of the transformation and progress of the house during the 20th century, which will modify the conception and use of the domestic space. Yago Bonet (Higher Technical School of Architecture of Madrid) completes this vision with a study about the arrangement experienced by the current housing in the interests of its progressive improvement, while the architects Vivian de Urquía and Oscar Collado (European University of Madrid) deepen in a concrete and significant experience of contemporary domestic architecture. María Jesús Muñoz (School of Architecture of Madrid) closes the work with a chapter on "the house that comes", which analyzes the importance of sustainable development and the most current urban housing programs.