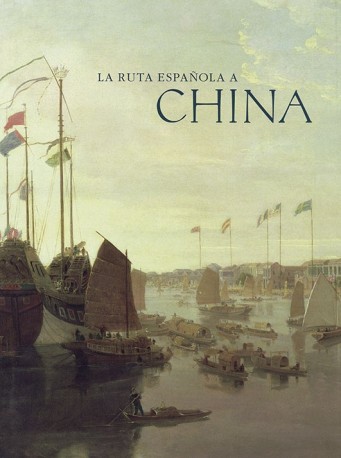 This work gathers the history of the commercial, cultural and diplomatic relations between China and Spain with the purpose of contributing data that allow us to know the footprint left by the encounter with the Asian country in the Spanish culture.

The investigation has its starting point in the commercial contacts that Spain established with China in the mid-sixteenth century, with special emphasis on the exceptionality of the Spanish route, which, unlike those undertaken by other European countries, was established through the routes that opened on the Pacific. This itinerary started in the city of Manila, which arrived every year, from the Chinese ports of Canton and Amoy (Xiamen) numerous reeds full of products, such as silk fabrics, porcelains, fans, ivories ... All these merchandise They embarked on the Galleon of Manila or Nao de China, which left every year for the port of Acapulco, in New Spain, where a great annual fair was held. Part of the genera was taken to Peru, while the rest was transported by land to Mexico through the "Asian Way" and from here, through the "Way of the Viceroys", to Veracruz. There, a good part of these merchandise was shipped to Spain, where they were highly valued. The following year the galleon returned to Manila with products from the Spanish metropolis and the American viceroyalties destined for Asian markets.

The American lands, in addition to being the intermediate point in the traffic of China and Spain, provided the main product that the Chinese market appreciated as currency: silver. Its importance was reflected in the wide circulation that China had in real minted in the Spanish, Novohispanas and Peruvian mints, turned into the most appreciated in international transactions, and even reselled with Chinese characters, a fact to which special attention is paid in this book.

The rupture, on the part of Holland and other European powers and their "Companies of the Eastern Indians", of the monopoly of trade with China that maintained the Iberian Peninsula since the union of the crowns of Spain and Portugal put under the control of Felipe II the two main routes of communication with Asia -the one that linked Lisbon with the East Indies and the one that linked Seville with Manila through the Atlantic and the Pacific- did not mean the interruption of contacts. Spain, which had until then been the main recipient of Chinese material and intellectual production, continued during the eighteenth century to import large quantities of exotic objects and was influenced, like other European countries, by the fashion of chinoiserie, embodied in architecture, interior design, painting, decorative arts or gardening. The influence of Chinese culture was not limited to visual art, but extended to other manifestations, such as literature, theater, music or gastronomy.

In addition, at that time scientific expeditions were promoted and collections of objects of natural history, curiosities of art and antiquities were created, which led to the arrival in Spain of paintings, sculptures of various materials, ivory objects, musical instruments, drawings on rice paper of plants of the Chinese flora ... Many of these objects were destined for the Royal Cabinet of Natural History founded by Carlos III, as those listed in the list of "strange things of the Empire of China" that the ship King Charles transported in 1788 from the Philippines to Spain and that are currently preserved in the National Museum of Decorative Arts, the Royal Palace of Madrid or the Royal Botanical Garden. Diplomatic relations with China intensified in the reign of Elizabeth II, who sent Sinibaldo de Mas as ambassador plenipotentiary, and continued in that of Alfonso XII, at which time appear the first credentials of Chinese ambassadors in Spain (1879). During all this time the demand of Chinese products continued, with special interest in the porcelain and the paintings on paper of rice, although diverse events, like the wars of the opium or, later, the Sino-Japanese wars, caused that the relations were seen subjected to numerous swings.

In recent years China has aroused a growing interest in the academic community that has been reflected in the creation of various research centers, such as the Center for East Asian Studies of the Autonomous University of Madrid, the Escola d'Estudis de l 'Oriental Society of the Pompeu Fabra University of Barcelona or the Center for Oriental Studies of the University of Alicante. These institutions develop research projects, teach postgraduate courses and organize conferences, training courses and seminars, aimed not only at university students, but also at company personnel. Our work contributes about all the aspects already discussed varied documentation collected in different public institutions -National Library, Library and Archive of Royal Palace, General Archive of the Indies, Royal Academy of History, Royal Spanish Academy, Royal Botanical Garden, Naval Museum. ..- and religious - Franciscan Ibero-Oriental Archive, Library of the Augustinian Community of the Royal Monastery of San Lorenzo de El Escorial, Archive of the Augustinian Province of the Philippines in Valladolid ...-, and it is profusely illustrated with images of objects exchanged between both countries, with the desire to offer a complete study that contributes to the better understanding of one of the foundations of our culture.