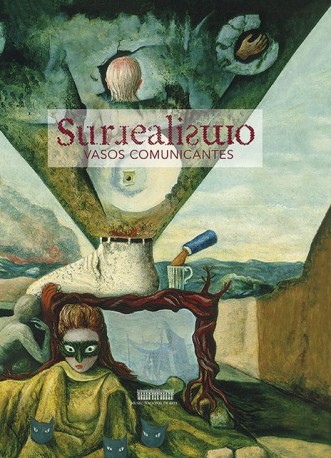 The National Institute of Fine Arts of Mexico and the National Museum of Art, present in the halls of this institution from July 2012 the great exhibition Surrealismo: vasos comunicantes, which proposes, from a renewed aesthetic and literary perspective, a revision of surrealism, a fundamental artistic movement among the historical avant-gardes of the 20th century, through the works and languages ​​elaborated by its most important creators, both European and Latin American. The exhibition includes a selection of paintings, sculptures, drawings, photographs and objects of the main artists, national or foreign, who developed the principles of surrealism in Mexico, such as Salvador Dalí, Raul Anguiano, Alberto Giacometti, Manuel Álvarez Bravo or Leonora Carrington, among others.

The careful monograph that is published as a catalog of this exhibition gathers several essays by renowned specialists and scholars of the movement. Serge Fauchereau, Didier Ottinger and Juan Manuel Bonet approach surrealism from a historical perspective linked to its genesis as a vanguard in Europe, the territory where one of its pillars supports the Paris-Mexico surrealist axis, which, in turn, Philippe Ollé-Laprune. The repercussion that the movement found in Mexico and the extremely rich panorama of works created here, are the topics addressed by Fabienne Bradu and Solomon Grimberg. The surrealist imaginary, the theory, the appreciation of intelligence operating in freedom, the ties to psychoanalysis, the reflection on the engines of thought and other elements that put together the cultural support of Surrealism are included in the works of Mónica López Velarde, Helí Morales and Nestor A. Braunstein. Thus, this monograph is revealed not only as an accurate tool to approach the movement from an updated perspective, but as an essential vehicle to explore the communicating vessels that link those territories and instants in which surrealism shone with the greatest intensity.