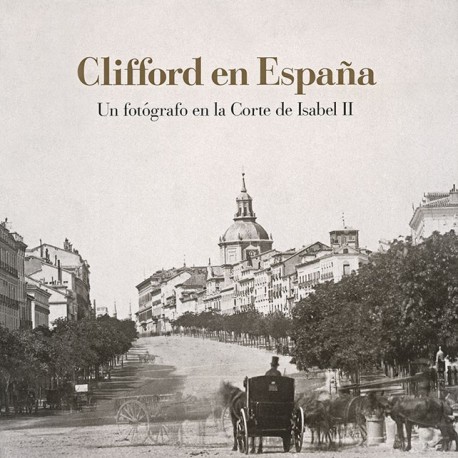 Charles Clifford (1819-1863) is one of the undisputed masters of nineteenth-century photography. Arriving in Spain from Great Britain in the middle of the century, he dedicated himself for a brief period of time to the spectacles with balloons, but soon found in Madrid a public willing to accept his technical and stylistic innovations. Queen Isabel II herself was her main client, and she commissioned several commemorative albums of her official trips to Andalusia, Catalonia, the Balearic Islands, Extremadura, which offered Clifford the opportunity to photograph the monuments of the cities they visited, as well as the more ambitious public works of the time, such as the Canal de Isabel II. But he also took as his motive, distancing himself from the mere documentary photography, the picturesque characters he encountered along the way, as well as certain landscapes that impressed him by their harshness and grandiosity.

Lee Fontanella, one of the best connoisseurs of this important photographer in the formulation of the image of Spain in that period, focuses on the real commissions he had to face and his activity as a portraitist of monuments. The book is completed with a comprehensive inventory of all the photographs he made in Spain, more than seven hundred: a valuable tool for historical memory.