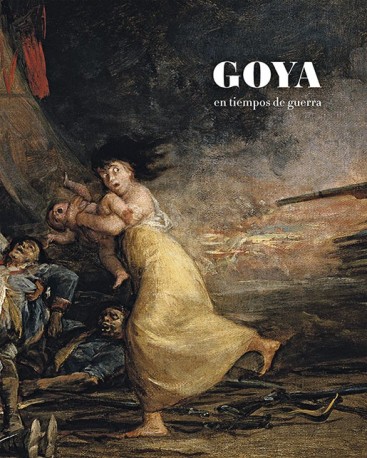 This catalog includes the great exhibition on Goya held at the Museo Nacional del Prado between April and July 2008 on the occasion of the 200th anniversary of May 2, 1808 and the beginning of the War of Independence and with the idea of ​​continuing previous projects dedicated Goya for the Museum.

Goya in times of war raises a broad reflection on a period of extraordinary creativity in the long artistic career of Francisco de Goya, which covers from 1799, year in which he was appointed first chamber painter, until 1819, when he falls ill and withdraws from public life, and, although the War of Independence is a central part of the argument of this work, the temporal arc is extended to encompass other wars and events of that time essential for a full understanding of the underlying fabric before which profiles the life and work of the painter. The figure of Goya is analyzed through the in-depth studies of almost two hundred essential works of this period, in which the novelties discovered in a previous investigation that included the gathering of new documentary data and the realization of technical analyzes and restorations are presented. of a part of the exhibited works, mainly of the pictures of the Two and Three of May of 1808.

The book is divided chronologically into four sections, each of which presents one of the artist's personal stages, which also coincide with periods of historical and political evolution of that time.

The first section, "1794-1799, Goya first chamber painter", includes the works made by Goya after the illness until his appointment as the first chamber painter, both cabinet pictures, drawings and Caprichos, which he made independently, as the paintings he painted for a new clientele, among which the dukes of Alba and Godoy stand out.

The second section, "1800-1808, Goya before the new century", includes the most brilliant period in Goya's career, in which he painted for kings, for Godoy and other high personalities of his time, so the fundamental nucleus of the production were the portraits.

The third section, "1808-1814, The Years of the War of Independence", which begins with the equestrian portrait of Fernando VII and culminates with the canvases of Two and Three of May, includes works among which the Disasters of War, of which there is a large selection of drawings and prints, with the best state tests.

Finally, the last section "1814-1820, Fatal consequences of the bloody war in Spain", extends from the end of the war to the end of 1819, when the artist fell ill. His latest works include as a chamber painter, portraits and religious works, such as what would be his last public work, The Last Communion of San José de Calasanz, as well as his independent works: Bullfighting, the Disparates and the albums of drawings, in which he reflects without censorship his ideas of that time.