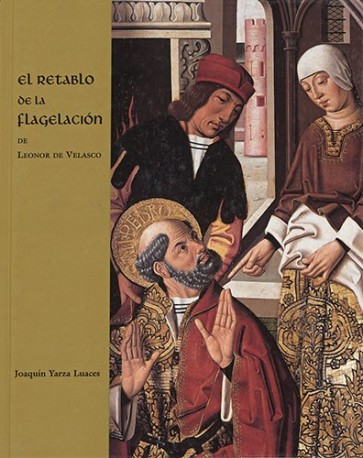 The production of altarpieces in Castile and, in general, in the Iberian Peninsula throughout the 15th century was intense. However, most of them were destroyed or dismembered during the nineteenth and twentieth centuries due to the growing demand of private collectors who wanted to have at least loose tablets of these pictorial sets, in such a way that, in many cases, we only conserve fragments, which is an obstacle in the investigation.

Another problem is that of authorship, since the scarcity of documentary sources means that in the studies the altarpieces must be ascribed to the "Master of ..." more often than desired. For all this, the existence of an altarpiece like this one of the Flagellation, complete in its essential parts, of which a deep study has allowed a stylistic and chronological approach, is a pleasant surprise and an occasion that is rarely presented to scholars of these subjects.

It was the patronage of its current owner, who allowed Professor Joaquín Yarza, one of our most brilliant medievalist researchers, to carry out such a detailed and direct study of the piece, resulting in this book that is presented to the reader. Throughout its pages, we will find precise news about how patronage works, what kind of contracts linked patrons with artists, how styles were developed and disseminated or what were the main sources of iconographic information. On the other hand, and focusing more on the altarpiece, which was restored at the time of the study, Yarza clarifies aspects such as the identity of the principal, Doña Leonor de Velasco, daughter of the first Earl of Haro, through the study of the heraldic symbols that surround the figure of the donor in one of the tables; inquires about who the teachers could be, analyzing their style in relation to works close in time and location, and explores all the iconographic themes that are exposed in this work.

The reader will find in this edition more than eighty color images, which visually accompany the contents exposed by Professor Yarza, collecting together, with great eloquence and precision, the keys of that fascinating time.