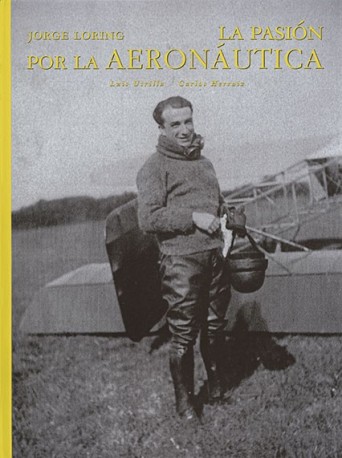 With the subtitle "The origins of commercial aviation and the Spanish aeronautical industry", this study by Luis Utrilla and Carlos Herraiz exposes the history of Spanish industrial aeronautics between the decades of the ten and the seventies of the last century through the figure of the malagueño of American origin Jorge Loring. It is an exciting narrative in which the military arms advances, the aeroclubs, the first passenger transport companies, are interwoven, and in which well-known characters appear in these initial aviation deeds such as Juan de la Cierva, Emilio Herrera and Leonardo Torres Quevedo.

Loring, engineer of roads, canals and ports, began his career taking over the shipping line linking Equatorial Guinea and Spain, but he was soon aware that the future was in the skies, and, after passing through the National Aviation School, He joined the manufacture of the famous plane Spain in the workshops Herreter of Barcelona. He participated, in the 1920s, in the airline between Toulouse and Casablanca, in Helicopteración Pescara, in the Spanish Air Traffic Company (CETA) and in the Seville-Buenos Aires dirigibles line. But his greatest successes, and his failures also, he achieved thanks to the great company he founded, AISA (Aeronautica Industrial S.A.), whose factory in Carabanchel were built airplanes for civil and military aviation.