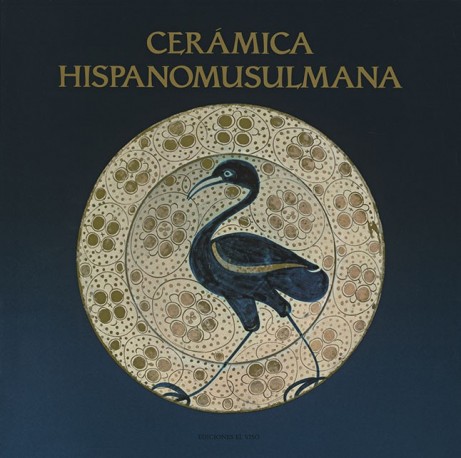 As professor of History of Medieval Art, Director of the Institute of Valencia of Don Juan and specialist in Spanish ceramics, Balbina Martínez Caviró has the ideal characteristics to face a complete and profound study of the ceramics produced in our country both in the territories occupied by the Muslims as in those reconquered by the Christians, where the profound innovations introduced by the Islamic kilns were preserved until the sixteenth century.

Hispano-Muslim ceramics possess an exceptional technical quality and an aesthetic and historical interest of such magnitude that it has deserved places of honor in such prestigious venues as the British Museum and the Victoria and Albert Museum in London, the Metropolitan in New York, the Cluny Museum and the Louvre in Paris, the Ermitage in St. Petersburg or the National Museum in Stockholm (of which valuable pieces are reproduced).

The study covers the Andalusian ceramics, from the Umayyad to the Nasrid, and the Mudejar, whose ovens stood out in Valencia (Paterna and Manises), Aragon (Teruel and Muel), Catalonia, Seville and Toledo (Talavera de la Reina and Bridge of the Archbishop). Each stage is illustrated by a good number of high quality photographs made for the most part specifically for this publication. Attention is also paid to architectural ceramics (tiling and tiling).